The Ongoing Opiate Crisis in Canada

The use of opioids in Canada has been increasing, though prescription use is down a small amount over the last few years. This increasing rate of opioid use is now considered a Crisis in Canada, as well as other places around the world, because of the huge impact it can have not only on those who are addicted but on everyone throughout Canada. Right now, there is an average of 13 people hospitalized each day in Canada for opioid poisoning, and there were over 2,800 deaths related to opioids in Canada in 2016.

Opioids are prescription medications used primarily to combat pain. They can be used for both acute and chronic pain. Common opioids prescribed in Canada include Buprenorphine, Codeine, Fentanyl, Hydrocodone, Morphine, Oxycodone and Tramadol. It’s estimated that as much as 29% of Canadians have experienced chronic pain and as much as half of them do not have access to appropriate treatments. Between 2015 and 2016, nearly 2 million people in Canada filled a prescription for opioids. Though they used to be promoted as low-risk and non-addictive, it is now known that opioid use can lead to addiction and death through an overdose.

Legal Versus Illegal Use of Opioids

Opioids are prescribed legally for those who suffer chronic pain or other ailments that the opioids can help with. Illegal use is any use that is not as prescribed or by anyone who does not have a prescription for opioids. Those who take more than the prescribed dosage, for instance, are taking the medication illegally. There are various ways for people to obtain opioids illegally, including by getting multiple prescriptions from various doctors, using fraudulent prescriptions, theft, purchasing it from other people, or purchasing it online. Obtaining opioids in any of these ways, even if the person does have a prescription, is considered illegal use.

The Effects of Opioid Use

Opioids can reduce pain and improve function for those who suffer short-term or chronic pain. It also can produce a feeling of euphoria, which is one of the reasons why people take it illegally. Side effects of opioids can include constricted pupils, nausea, vomiting, loss of appetite, and excessive sweating. It can also increase the risk of sleep apnea, lead to mood changes, or lead to physical dependence and addiction. With a sufficiently high dose, it can lead to a coma or death. Other medical issues like permanent damage to organs can happen with long-term addiction as well as withdrawal symptoms when the person does try to stop taking the opioids.

The opioid crisis is not just based on one issue that can be easily solved. Instead, it’s a combination of a previous misunderstanding of the risk of opioids, too many opioids being prescribed, and a lack of alternative treatment plans that are easily accessible. Other risk factors include illegal drugs laced with opioids like fentanyl, psychological, social and biological risk factors, and stigma towards addiction, which can cause people not to want to seek help for an addiction.

The Scale of the Opioid Crisis in Canada

The amount of people who are using opioids without a prescription or in a way other than intended by their physician has been on the rise in Canada over the last decade. During 2017, there were around 3,987 opioid-related deaths in Canada. A study in 2015 showed that around .3% of Canadian adults reported using opioids for non-medical purposes. As of 2016, an average of 13 people a day were admitted to hospitals in Canada because of opioid poisonings. This is a 30% increase from 2007.

All opioids have risks and potential side effects, but one that has been gaining attention recently is fentanyl because it’s the cause of a significant portion of all opioid-related deaths. Fentanyl is a synthetic opioid that has seen a huge increase in use in the last few years. It can be created in illegal laboratories and is often used in the distribution of other drugs like cocaine or heroin. The presence of fentanyl drastically increases the risk of overdose because those who are using substances with it in them may not know that the substance is there or how much of it is there. During 2017, it’s estimated that 72% of accidental opioid-related deaths could be attributed to fentanyl. In 2016, it was around 46% of opioid-related deaths that were attributed to this drug, which shows that use has increased significantly just in the last few years.

What is Being Done to Address the Crisis?

Canada has several federal initiatives to help address the opioid crisis today. One of them is making a naloxone hydrochloride nasal spray available without a prescription. Naloxone is a rescue medication that is intended to reverse the effects of an opioid overdose long enough for the person to get emergency assistance. A special advisory committee has also been created to focus on the opioid crisis and work on prevention improving surveillance, the available treatment options, and finding ways to reduce the amount of opioid-related issues. Canada has also established a scientific advisory panel, held an opioid conference, and amended the controlled drugs and substances act to help handle the opioid crisis.

Over the last few years, Canada has seen an increasing number of people looking for help dealing with opioid addiction. Treatment options can vary but should include detox in a safe environment with medical personnel who can assist if needed. Those who are addicted to opioids can seek out treatment options that are right for them and get the help they need to recover from this addiction.

Opioid addictions can happen to anyone, including those who suffer from chronic pain and who are looking for a better way to handle the pain. This has led to an opioid crisis throughout Canada and other countries. Through a better understanding of what caused the crisis and what can be done to help those who are addicted to opioids, there is the chance of reducing the number of people impacted and helping those who need the help. 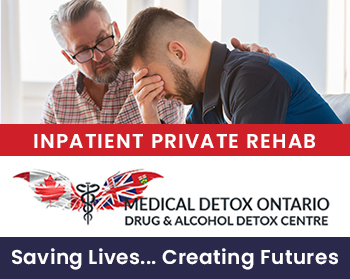